Popular
The Fast Food Industry: Why You Should Be...
The Best Arm Exercises You Should Be Doing
Breast Cancer in Nipple
How to Make Money with a Drug Test...
Family-centered care: what is it, and how does...
Top reasons a career in healthcare is highly...
Blood Cancer: How to Find the Best Cancer...
Shochu – 7 Popular Shochus From Around The...
Upper Back Pain Exercises That Can Help You...
Las Vegas Massage In Room Services
Home Asthma The study identifies a novel oncogene for most common types of blood cancer
Asthma

Miguel Gallardo, researcher and coordinator of the H12O-CNIO Haematological Malignancies Clinical Research Unit, headed by Joaquín Martínez at the Spanish National Cancer Research Centre (CNIO), has participated in a study that revealed that hnRNP K overexpression might cause B-cell lymphomas, the most common types of blood cancer. The finding that this tumor suppressor gene may also cause cancer may lead to new methods for assessing patients and developing novel therapeutic approaches. The findings of the study, led by Sean Post, associate professor of Leukaemia at MD Anderson, were published in the Journal of the National Cancer Institute (JNCI). Besides CNIO, the University Hospital 12 de Octubre and the Complutense University of Madrid also participated in the study. 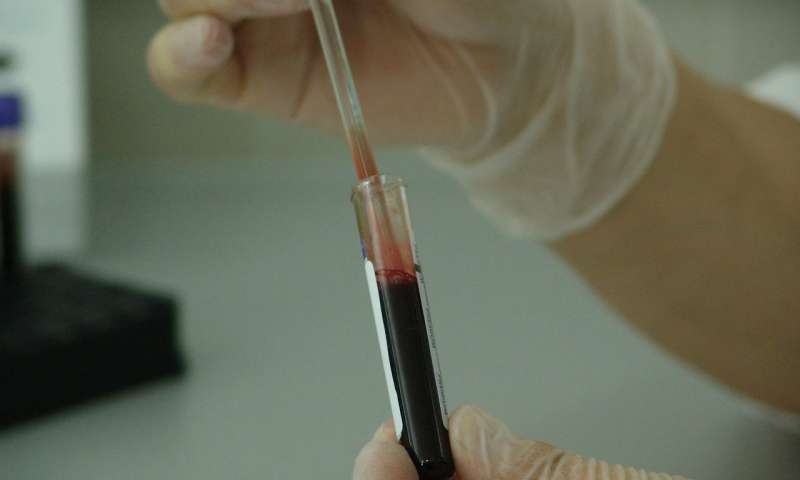 B lymphocytes are a type of white blood cell that develops in the bone marrow. They produce antibodies used by the immune system to neutralize pathogenic microorganisms. The different types of lymphomas affecting these types of blood cells are the most frequent blood cancers. Their prognosis and treatments depend on the cancer type, and stage since B-cell lymphomas may be slow-growing (malignant) or fast-growing (highly malignant).

Miguel Gallardo was the scientist who characterized hnRNP K as a tumor suppressor gene. His findings were published in Cancer Cell when he was a postdoctoral fellow at MD Anderson. It was already known that hnRNP K regulates many cellular processes and that both its overexpression and underexpression are involved in disease development. Elevated expression of hnRNP K had also been observed in patients with high-grade solid tumors. The tumor-promoting function of hnRNP K was confirmed for B-cell lymphomas in the study published in JNCI. Gallardo is the co-first author alongside Prerna Malaney, a postdoctoral fellow at MD Anderson.

“Overexpression of hnRNP K is often associated with poor recovery and low survival rates,” says Gallardo. “Findings confirmed this that overexpression of hnRNP K in transgenic mice resulted in the development of lymphoma and reduced survival.” The study team found that the oncogenic potential of hnRNP K stems from its ability to regulate a common oncogene called MYC, which is often linked to blood cancer. The study results indicated that hnRNP K is an oncogene when overexpressed and represents a novel mechanism for c-MYC activation different from those observed in other tumor types thus far. Lymphoma patients might benefit from more personalized therapies based on targeting hnRNP K or c-MYC.

In this regard, the H12O-CNIO Haematological Malignancies Clinical Research Unit is actively collaborating with other researchers at CNIO, working on developing new hnRNP K modulators for future clinical use. These researchers are Inés Muñoz, Ramón Campos-Olivas, and Sonia Martínez, from the Crystallography and Protein Engineering Unit, the Spectroscopy and NMR Unit, and the Medical Chemistry Section, respectively.